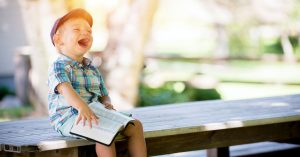 Afrikaans is lekker and a few idioms only make it more so. Some idioms are ancient but are still going strong while others have disappeared in the course of time. Fortunately new idioms are still created and Afrikaans speakers are encouraged to be actively creative and to come forth with their own sayings.

The origin of Afrikaans idioms are varied and interesting. Here are a few that sometimes make one wonder:

Iets op die lappe bring: bring something out into the open –  why is the word lappe (rags) used here? The original meaning of lappe in this context is soles (of shoes). When one brought something out into the open, you got up and stood on your feet to bring a matter to your audience’s attention. You therefore stood on your shoe soles (i.e. lappe).

In die stof byt: bite the dust – this idiom dates from the Middle Ages, when knights on horseback charged at each other with their lances and fell on the ground (bit the dust).

ʼn Blok aan iemand se been wees: a millstone around someone’s neck – this comes from a heavy wooden implement of punishment that was fitted around the legs, and sometimes even the arms and head, of a prisoner.

Iemand aan die kaak stel: to denounce or expose a person – this refers to a wooden structure erected against the wall of a city hall to which offenders were chained for crimes such as fraud, adultery, blasphemy or perjury so that everybody could see them.

Die sieke dra die gesonde: the lame have to care for the healthy – this comes from the fable of Aesopus where Jackal tricks Wolf, who is injured, to piggy-back him to his girl’s house.

Suur druiwe: sour grapes – this also comes from one of Aesopus’s tales where Jakckal cannot reach grapes overhead and hides his disappointment by saying it’s sour.

Lieg soos ’n tandetrekker: lie in one’s teeth – dentists were not always trained doctors as we know them today. All manner of quacksalvers performed the task of extracting people’s teeth in painful and unhygienic ways after promising that it won’t hurt.

Soos ʼn groot speld verdwyn: vanish into thin air – this idiom originates from the saying to disappear like a needle in a haystack.

Met die maan gepla: a person is moonstruck – in the past people really believed that the moon could make you mad or rob you of your senses! According to them you could easily become mentally disturbed if you were exposed to too much moonlight.

Duim vashou vir iemand: hold thumbs for somebody –  according to tradition this one dates from the days of the gladiators in the Roman arena: if the loser’s life was to be spared, the emperor kept his thumb folded in his fist; otherwise he extended his thumb, with fatal results.

Die koeël is deur die kerk: the die is cast –  centuries ago refugees, criminals and debtors could seek refuge in certain places such as churches, which were declared safe havens. If a person was hiding in a church and his pursuers were still shooting at him he knew that he would not be saved because the pursuer did not recognise the sanctity of his hiding place.