Addiction to medication can have fatal consequences 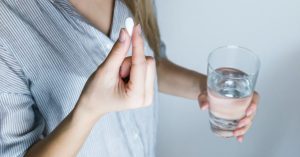 Painkillers, sleeping tablets and tranquilisers are prescribed by doctors daily and are readily available over the counter, and although they might seem harmless, they can have fatal consequences.

Experts warn about a “hidden pandemic” of addiction to prescription and over-the-counter medication, which is a growing problem worldwide.

South Africa is not immune, with up to 7% of patients admitted for rehabilitation due to addiction to prescription medicine, says Dr Shaquir Salduker, pain management expert and member of the South African Society of Psychiatrists (SASOP).

Salduker draws attention to the fact that addiction and drug abuse cannot be linked to illegal drugs such as heroin and cocaine only, but also to prescription and over-the-counter medication which patients trust and consider to be “harmless”.

These include opiate-based pain medication that contains oxycodone, pentanol, morphine or codeine, and many codeine-based cough mixtures and cold and flu medication, medications for anxiety and insomnia, and stimulants such as methylphenidate, which should be reserved for the treatment of Attention Deficit and Hyperactivity Disorder (ADHD).

“Feelings of euphoria, relaxation, serenity and pleasure, and the similar effects of stimulants together with high energy levels, can be highly addictive and just as addictive as so-called street drugs,” says Salduker.

“Opiates are the most addictive substance known to mankind. Just because these substances are prescribed by doctors or kept in stock in pharmacies, does not decrease the risk of addiction, and it is also no less inclined than illegal drugs to cause long-term, permanent harm to the individual’s brain function, and entire mental and physical health as a whole.”

Codeine, which is available as an over-the-counter medication for pain, cough, colds and flu, is the most abused opiate in South Africa and is just as addictive as low dosages of morphine.

“Codeine metabolises into morphine when it is swallowed, and morphine is a close chemical relative of both opium and heroin. When an individual consumes a large amount of codeine, he or she is in effect consuming large amount of morphine, with the same effect as when using heroin.”

The abuse of prescription medicine can have similar long-term effects as other drugs on brain function, moods, concentration and reasoning ability, as well as on mental and physical health, with potential long-term harm to the organs and the risk of premature death due to an overdose.

Continuous use of medication causes tolerance, which in its turn can lead an individual to taking increasingly higher dosages to get the same effect, and only realising they are addicted when they try to stop using the drug and find they cannot function, and experience withdrawal symptoms.

According to Salduker, South Africa is one of the few countries in the world where medicine containing codeine is available over the counter. He warns that substances contain opioid should not be taken together with other central nerve depressants such as sleeping tablets, sedatives, anxiety medication or alcohol, as it could exacerbate effects such as drowsiness and potentially life-threatening respiratory suppression (difficulty breathing), as well as the risk of addiction.

Anyone who suspects he or she might be addicted to prescription medication, is advised to seek help and support. Medically supported detox and withdrawal might be necessary, as well as counselling and psychotherapy to help manage withdrawal symptoms, understand the cause of vulnerability to addiction, and to help a person get his or her life back on track with improved life skills to manage pain and stress.

Many office workers are bored: Causes and solutions

Patients’ experiences while waiting for and after an organ transplant

How do you handle failure?

Embrace your unique role and emotions as woman