Your Job
Your Family
Your Career
Your Health
Your Money
You and the Law
Occupational Networks
Solidarity Youth
S-Leer
Home / General / At what age is a person most creative? The data will astound you

At what age is a person most creative? The data will astound you 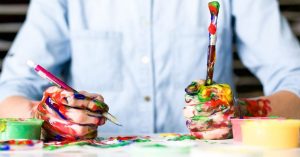 Society has been conditioned to think that the world is now ruled by brilliant and exuberant young minds.

After all, Millennials are making up an ever-increasing share of the workforce and managerial corps and rule much of Silicon Valley. “Mark Zuckerberg was 20 when he launched Facebook. Steve Jobs was 22 when Apple II was released. Larry Page and Sergey Brin were just 23 when they began their research project called Google,” says Betsy Mikel, the owner of Aveck, a content consultancy that helps teams launch useful and effective products.

However, science and real-life examples have shown that youth is not always the zenith of creativity and innovation and that oftentimes, older and more experienced is better. “We’ve all heard of people who didn’t become successful until they were older, oftentimes after decades of struggling in their field. But we still tend to think that if inspiration hasn’t struck us by a certain age, it’s probably never going to happen — and we’d be wrong, scientifically speaking, that is,” writes Diana Bruk at MSN Lifestyle.

She points to a 2019 study in the journal De Economist, in which it was stated that creativity peaks in your mid-20s or your mid-50s. The researchers analysed the life cycles of 31 Nobel Prize winners in economics to reach their findings.

“Many people believe that creativity is exclusively associated with youth, but it really depends on what kind of creativity you’re talking about,” says Bruce Weinberg, a professor of economics at Ohio State University and lead author of the study. “Our research suggests that when you’re most creative is less a product of the scientific field that you’re in and is more about how you approach the work you do.”

According to Weinberg, those who pursued a more conceptual approach to their work and made preponderate use of assumptions, proofs and equations were more likely to hit their creative peak in their younger days. But those with experimental inclinations didn’t hit their stride until later on in life, when they used their vast pool of knowledge in order to “think outside the box”.

And this isn’t confined to economics alone. Renowned journalist and author Malcolm Gladwell says it depends on what field we’re talking about. “Genius, in the popular conception, is inextricably tied up with precocity — doing something truly creative, we’re inclined to think, requires the freshness and exuberance and energy of youth.

He too distinguishes between conceptual thinkers, whose creativity peaks early, and experimental thinkers, who practise “tentative and experimental” exploration that takes decades to peak. In turn, The New York Times’ Sam Tanenhaus avers that fiction writers tend to peak early and most of the great novels have been written by people under 40.

A psychologist at UC-Davis, Dean Simonton, has assembled the historiometric data on the subject and it shows the variation present in peak creativity. According to him, poets and physicists are inclined to produce their most creative work in their late 20s, whereas geologists, biologists and novelists tend to reach their prime much later, perhaps only in late middle-age.

Phillip Hans Franses from the Erasmus School of Economics conducted a comprehensive study on peak creativity. For instance, he studied 90 Nobel literature laureates, 100 of the most popular classical composers and 221 artists who painted the most-valued works in the world. After assessing all their accomplishments and pooling the data, he found that the average age for peak creativity is 42.

Considering that not everybody lives to the same age, he analysed their lifespans and calculated the percentage of life lived when they hit their peak. All had about lived two-thirds of their lives before reaching their creative peaks.

Betsy Mikel, 13 September 2016, “This Is the Peak Age for Creativity, Science Says”, https://www.inc.com/betsy-mikel/this-is-the-peak-age-for-creativity-science-says.html.

Diana Bruk, 26 April 2019, “Science Says This is the Age When Creativity Hits Its Peak”, https://www.msn.com/en-us/lifestyle/lifestyle-buzz/science-says-this-is-the-age-when-creativity-hits-its-peak/ar-BBWkqWX.

Top three ways to keep your winter weight in check

What effect does too much sugar have on your wellbeing?

The negative effect of secondhand smoke