WerkNet
Your Family
Your Career
Your Health
Your Money
You and the Law
Occupational Guilds
Solidarity Youth
S-Leer
Home / General / Bullying: No longer confined to the school grounds

Bullying: No longer confined to the school grounds 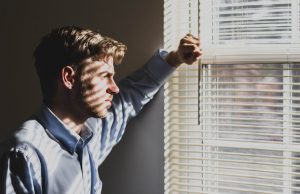 Bullying is a big problem in South Africa and is becoming worse and is no longer confined to the school grounds.

So says Leandie Bräsler, leadership development coordinator and expert on bullying at the civil-rights organisation AfriForum. “It has always been with us, but as a result of the internet and social media we have become more aware of it.

“What makes bullying worse nowadays, is the fact that it is no longer confined to the school grounds. The victim can go home and still be bullied and feel unsafe ─ because of the emergence of cyber bullying. Children can now be bullied online, for instance on the internet, Facebook, Instagram, WhatsApp and even through online games. Photos and videos of the victim can be posted. Unfortunately something that goes online, stays there for ever ─ it doesn’t go away.”

According to Leandie it can be difficult for teachers to put an end to bullying because schools do not really apply discipline anymore. “For instance, a hiding has now become taboo.”

Bullying can also assume many dangerous forms and proportions. Firstly there is the physical type where children are kicked, beaten and boxed. Secondly there is the verbal type. This includes calling people names, ridiculing them and also threatening them.

Emotional bullying is perhaps less upfront than physical and verbal bullying, but it is just as harmful. Social exclusion and intimidation by means of threats are examples of this.

Then there are also racist, sexual and cyber bullying. “At those primary schools where we have already presented our anti-bullying campaign many teachers say that children bully each other verbally rather than physically. Emotional bullying such as social exclusion as well as verbal bullying are common among girls. Physical bullying is more the thing among boys,” says Leandie.

The reasons for bullying are legion and complex and are sometimes related to children’s performance rather than its absence ─ just as is often the case in workplaces. “A child that excels in something and uses his or her talents optimally could become a target. He or she could also be popular. The bully therefore becomes jealous and that is why he or she targets the victim.”

Leandie says personal vulnerabilities can also make a person the target of bullies. Some children, for instance, suffer from anxiety, are introverts and have a poor self-image. During his high-school years in South Africa the world-renowned technology entrepreneur Elon Musk suffered heavily under bullies for exactly these reasons.

Other children, again, have few or no friends and then become further subjects of social exclusion. Very often the victims of bullies have physical properties that draw attention and make them look different from other children, for instance dressing differently, wearing glasses or having a big nose or ears. Other determining factors include ailments or a physical disability (such as diabetes or attention deficit hyperactivity syndrome), sexual orientation, race or cultural beliefs.

Although it won’t be discussed so often, your child could of course also be the bully. The signs must, however, be watched just as carefully as when your child is the victim, and must be addressed. AfriForum’s Anti-bully Guide shows that bullies have friends who bully others, are obsessed with popularity and reputation among co-learners, are very competitive and anger and become aggressive very quickly.

What can one do if your child is bullied? Dr D’Arcy Lyness, a child and teenager psychologist and behavioural editor at KidsHealth.org, suggests that you listen calmly and offer consolation and support when your child tells you that he or she is being bullied. Very often a child who is being bullied is unwilling to tell adults of his or her suffering out of fear that the parents will be disappointed or get angry.

Also praise your children for having had the courage to talk about it. Remind them that they are not the only ones and that it has happened to many people (use the Musk example). Also make it clear that it is the bully who is wrong and that they are not to blame.

According to Lyness it is advisable first to contact interested parties (such as a teacher, counsellor or even the principal) at the school to monitor the situation and take remedial steps. Contact the bully’s parents if the situation does not improve or even worsens, but do it in a context where somebody from the school can mediate.