Cervical cancer can be prevented 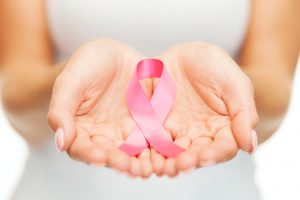 Did you know that cervical cancer is the second biggest killer of women in South Africa after breast cancer? And yet it could be a preventable disease if detected early. Knowledge and timing is key, which is why we have rounded up some key facts and figures for you to understand a little more about this condition that affects one in 41 women in South Africa.

What is cervical cancer?

Cervical cancer is a slow-growing cancer affecting cells in the lower part of the uterus (cervix). While it is a common cancer for women worldwide, in developed countries like the USA, where cervical cancer screenings are routine, the cancer has been all but stamped out or at least kept off the critical list. In 2012, South Africa was reporting 5743 new cases of cervical cancer a year and 3027 deaths a year from the condition.

How does the cancer develop?

Most cervical cancers may be caused by the human papilloma virus (HPV), but not all HPV cause cervical cancer, as there are many kinds of these viruses. HPV is transmitted through direct skin contact, often by sexual intercourse. It is very easy to pick up HPV through sexual contact with someone who has it, and in most cases these viruses lead to genital warts or the like, and not cancer. In fact, most adult women are said to have been infected with an HPV at some time. The trouble is that you never know which kind of HPV you may have, and often these can lie dormant for months and even years, which is why it is so critical to have regular Pap smears.

Which age group is most affected?

How do I prevent and detect cervical cancer?

Preventing cervical cancer is easy as it can be detected, even at a very early stage, through a Pap smear. A Pap smear will pick up changes in your cervical cells and they can be treated before they have the chance to turn cancerous. Other preventive methods include:

What is all this talk about a vaccine?

Currently HPV vaccines are available on the market that offer “high levels of protection against persistent infection with HPV 16 and 18,” according to the South African Journal of Obstetrics and Gynaecology. These, however, are recommended for girls who are not yet sexually active and who have therefore not yet been exposed to the virus. South Africa recently became the first African country to provide the vaccine to girls in grade four (age 10) in government schools.

What are the symptoms of cervical cancer?

The abnormal cervical cell changes rarely cause symptoms. Some symptoms that may occur include:

What are the stages and treatments of cervical cancer?

There are different stages of cervical cancer and your outcome will depend on which stage is detected. Treatment may include surgery, chemotherapy and radiation or a combination thereof.