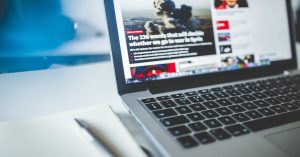 When a country is being threatened by a crisis, as in this case a pandemic, conspiracy theories and fake news flourish and to distinguish between myth and reality becomes a challenge.

It is only natural that every person tries to make sense of the uncertainty in which he/she finds him/herself and tries to find a reason for the traumatic events and a possible post-traumatic outcome, or to formulate a vision of the future.

Where does the distinguish lie between conspiracy theories and fake news?

When people feel anxious, helpless and confused, they are more susceptible to conspiracy theories as the latter empower those who feel adrift.

Conspiracy theories have a long history, from the bubonic plague to the moon landing. In areas or societies where accelerated social and economic change take place or where spectacular prosperity stands in contrast to poverty and suffering, conspiracy theories flourish to such an extent that they practically become a religious conviction.

Covid-19 is the perfect storm for conspiracy theories as the pandemic causes a sensation of economic and social boundaries and further restrictive government policies and laws create suspicion among civilians.

The theorists have an agenda: to cultivate an anti-establishment sentiment.

Theorists purposefully create paranoia and their message is: “Them against us. Our lives are being controlled by outsiders – usually unknown but prosperous individuals or organisations – for their own benefit.”

Pandemics, war and terror attacks are blamed on these invisible organisations. The theorists create revulsion against and an aversion to the mainstream elite and see themselves and their followers as warriors who fight against the corrupt and powerful forces.

Followers obtain their news from sources such as Facebook and WhatsApp, don’t read investigative journalism, also don’t watch mainstream, reliable TV news sources and view the latter as suspicious and intentionally glossed over. They see news events as being the product of sinister conspiracies.

The most important theories in this Covid-19 era are those of QAnnon and his followers. Q is the anonymous person with no address who started the theories on the internet and currently enjoys an enormous following worldwide. Q presents himself as a person with inside knowledge of military and government affairs and with access to classified information which proves that leaders are busy destroying a world order. Where necessary, he uses Bible texts to support his theory.

In the case of Covid-19, these ill-considered and unconfirmed theories are extremely dangerous. The conspiracy theorists propagate that Covid-19 is not serious, that statistics are untrue, which causes people to act irresponsibly and leads to bulk buying, hoarding and self-centred behaviour.

As a result, conspiracy theories then lead to fake news – known as disinfodemic as a result of the harm it causes. The purpose is propaganda and purposeful disinformation to mislead and to cause harm to persons or entities. The USA’s presidential election in 2016 was for example infiltrated by fake news that made it difficult for voters to distinguish between myth and reality and sowed doubt among them.

Fake news is news taken out of context, with conspicuous headings to draw maximum attention, or are fabricated news reports to boost reader numbers and internet websites’ income.

How do you distinguish between trustworthy news and fake news? Use other news sources to verify the story as well as statistics provided to support the fake facts. Investigate the author – if any – of the story. Is the person an expert in the field and what books or articles has the person written already? What is the date of the story, is it fact or opinion, does the message contain prejudices? Look at the URL of the report, is there a tilde ~, then it is a personal webpage, while a .gov., .edu., .mil. or org. probably contains reliable information. To share a report on for example Facebook does not mean it is reliable and true. Post and share only what you know is not fake news.

Currently fake news or disinfodemic regarding Covid-19 abounds and a single false report about the origin of or cure for the virus or who is vulnerable, negates the factuality thereof, marginalises the truth and leads to complacency.

In South Africa the spreading of fake news is illegal and could result in prosecution. To make sure you don’t read or spread fake news about Covid-19, verify your information at  https://www.gov.za

The Pursuit of the Millennium

The Prophecies of Q

LaFrance, A.  The Atlantic. https://www.theatlantic.com

You have just been diagnosed with cancer: What now?

How COVID related stress is affecting your body

Ginger is good for you