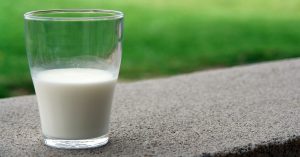 Dairy milk harvested from buffaloes, camels, cows or goats has for hundreds of years been praised for its high nutritional value and was used as a staple food in the human diet. Even today milk is valued so highly that in 2001 the FAO (Food and Agriculture Organisation) of the United Nations designated 1 June as World Milk Day for making people aware of the value of milk. There is hardly a product on the market that does not contain milk or a derivative of milk, and milk is recommended as the best source of nutrition for old and young people, but it does spell trouble for many people.

Apart from proteins, vitamin B12, vitamin A, vitamin D, riboflavin and nine amino acids, milk is a rich source of dairy calcium, which is essential for bone health. Calcium from a dairy source is best absorbed by the body.

A 2018 study conducted in 21 countries between 2003 and 2018 found that the consumption of milk, in spite of its high saturated-fat content, held a lower risk of heart disease and fatalities.

Milk may be a popular choice for most people but because of allergies and lactose intolerance or because of religious and ethical objections or cultural restrictions one is forced to look for alternatives to milk. To some people it is just fashionable not to use dairy milk.

Fortunately there is non-dairy plant-based milk to choose from – although limited  South Africa – but the catchword remains choosing milk that provides optimal nutrition. The nutrients in milk are also found in wholegrain, lentils and nuts.

Technically plant-based milk is not milk; it is made of legumes, tree nuts or finely ground wheat with added water and sugar and supplemented with vitamins. Usually this milk (except soy milk) contains less saturated fats, proteins and calcium than soy milk and some have a high sugar content.

Soy milk is the best-known alternative milk and is made of ground soy beans with added water, flavouring, vitamins and calcium and it is a good source of plant protein and starch; it contains more protein than other plant alternatives as well as healthy unsaturated fats and fibre, and it is closest to dairy as far as nutritional value is concerned. Soy and soy products were regarded with suspicion because they were suspected of being contributing factors to cancer, but research has proved otherwise. Research by The Adventist Health Study (1998) has found that the regular consumption of soy milk showed a 70% decrease in the risk of prostate cancer and also showed that the cancer count in men who already have cancer is lowered. Soy milk contains no hormones and does not cause insulin dependency.

Almond milk is made of ground almonds and water and can also be used in coffee, tea and smoothies and for baking. Compared with cow’s milk it contains only half the calories and fat and is lower in protein and starch. It is one of the plant milks with the lowest calorie level and is therefore suitable for slimmers. Almond milk has a high vitamin E content. Because the husk of the nut is removed before processing, the fibre and mineral content is also lower.

If you are concerned about your carbon footprint, you should rather avoid almond milk because an almond tree itself needs a lot of water for growing and therefore exhausts ground-water sources.

Coconut milk is made from the white fleshy part of the coconut and is a watered-down version of condensed milk and is used especially in Indian and Asiatic cooking. This milk contains one-third of the calories of dairy, half the fat, is high in saturated fats and contains very little protein and starch; it is therefore not suitable as a protein supplement. Make your own coconut milk by soaking 80 g dried coconut in 250 litres of boiling water.

Oats milk is made by mixing water and oats, oil and salt and can easily be made in your own kitchen and used in drinks and baking like dairy milk. Oats milk contains the same amount of calories as cow’s milk, double as much starch, but half as much protein and fat. Oats milk contains beta-glucan, a soluble fibre that binds with LDL-type of cholesterol and inhibits its absorption by the body. Beta-glucan also lowers blood-sugar levels after a meal and makes one feel satisfied.

Rice milk is made of ground white or brown rice and water, and is a good choice in case of allergies or soy, gluten or nut intolerance.

As far as calories are concerned, rice milk is equal to cow’s milk, but is deficient in protein and fat and has the highest starch content of all the non-dairy milks. This milk also has a high glycaemic index of 79–92, which can make blood-sugar levels rise fast and it is therefore not suitable for diabetics.

When you switch to non-dairy milk’ it is advisable to read the label on the product carefully. Note the sugar content of the product. Choose a product that contains 120 mg calcium per 100 ml as well as vitamin B12, and make sure that the product does not contain ingredients for which you have an intolerance, such as gluten, soy or nuts.

Which milk is healthiest for you?

Your eyes and the use of computers

What is emotional maturity?

Stop looking at your phone

Early signs that warn me I might be ill