WerkNet
Your Family
Your Career
Your Health
Your Money
You and the Law
Occupational Guilds
Solidarity Youth
S-Leer
Home / 2016-eatinghabits / Is dark chocolate healthy? 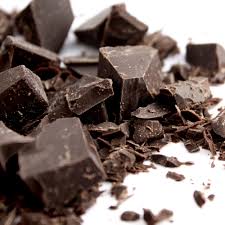 Dark chocolate is widely regarded as an indulgent but healthy snack. Is this true?

According to a lot of new research dark chocolate does in fact have some health benefits.

What exactly is dark chocolate?

Chocolate is made from cocoa beans that grow on cacao trees. The cocoa pods are harvested and then cut open and dried. There are different fermentation and roasting processes for different flavours of chocolate. After the roasting process the nibs are ground into a liquid called cocoa liquor. This can then be refined into cocoa powder. Milk and other ingredients such as sugar and vanilla can be added to the cocoa liquor to make chocolate bars.

Here are some of the scientifically established health benefits of dark chocolate:

(one to two servings per week) of high quality dark chocolate is linked to lower risks of heart failure and is good for blood circulation.

Dark chocolate can be good for your skin seeing that the flavanols in the chocolate protects the skin from sun damage.

Cocoa has also been shown to improve insulin sensitivity and might delay or prevent the onset of diabetes.

Dark chocolate is also good for your brain. Flavanols are thought to reduce memory loss and the anti-inflammatory qualities have been found beneficial in treating brain injuries.

Too much is still too much

The saying too much of anything is bad also applies to dark chocolate. All of the health benefits apply when eating dark chocolate in moderation. Some dark chocolates contain more sugar and fat than others, although it’s typically a healthy fat derived from cocoa butter.

Some of the downsides of dark chocolate:

It contains caffeine, which we know can has an influence on your sleeping abilities.

It can increase your risk of kidney stones, especially if you are prone thereto .