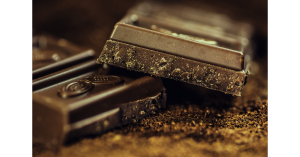 Sometimes chocolate is just the real McCoy when you feel a bit out of sorts, but the good news is that recent research has shown that you don’t have to feel guilty anymore. A report published in the medical journal Heart shows that one’s health can benefit by eating dark chocolate. These findings are based on a 12-year study among 21 000 Britishers.

During two studies carried out at the Loma Linda University’s Adventist Health Sciences Center it was found that certain types of dark chocolate can be good for one’s health. Dark chocolate with a high concentration of cocoa (minimum 70% cocoa, 30% organic cane sugar) had a positive effect on stress levels, inflammation, mood, memory and immunity.

It’s a well-known fact that cocoa is a very good source of flavonoids. However, this was the first time that its effect on human beings was tested. The purpose was to determine how it supported cognitive, endocrine and cardiovascular health.

According to researchers the effect of dark chocolate on neurological functions was studied from the perspective of how much sugar it contained. For the first time a study was made of the long- and short-term effects of large quantities of cocoa, in doses as small as a normal-sized square of chocolate. It was found that the higher the concentration of cocoa, the more positive its impact on cognition, memory, mood and immunity, and there were some other beneficial effects as well.

The flavonoids found in cocoa are particularly strong antioxidants and anti-inflammatory agents that contain mechanisms that are beneficial to brain and cardiovascular health.

The results have confirmed that eating 70%-cocoa chocolate, positively affects human gene expression, cellular immune response, neural signals and sensory perception. The latter could also potentially be connected with brain plasticity (the development of new neurons in the brain.

Follow-up studies are essential, especially with a view to determining how meaningful these effects are on immune cells and the rain should larger random sample populations be used be used.