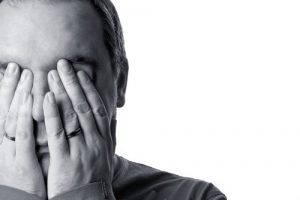 Depression is a very common illness around the world, affecting millions of people.

Although it afflicts men and women alike and exhibits some universal features, its causes, symptoms and treatment are often quite different for the respective genders.

“While the symptoms used to diagnose depression are the same regardless of gender, often the chief complaint can be different among men and women,” says Ian A. Cook, MD, the Miller Family professor of psychiatry at the University of California–Los Angeles.

The esteemed Royal Academy of Psychiatrists in the UK noted in a 2010 report, done at the behest of the National Health Service (NHS), that there is no evidence of a completely separate type of “male depression”. “However, there is evidence that some symptoms of depression are more common in men than in women,” the report reads.

The report lists irritability, sudden anger, an increased loss of control, greater risk-taking and aggression as these common symptoms. Furthermore, men are more likely than women to commit suicide.

Other symptoms accompanying this fatigue, the National Institute of Mental Health (NIMH) in the US says, include not being able to concentrate, not being able to sleep or sleeping too much, overeating, as well as aches and pains.

Men are less risk-averse than women. and other behaviours that men exhibit when suffering from depression – but which is not recognised as such – include escapist behaviours (such as spending a lot of time at work or at bars), alcohol and drug abuse, violent behaviour, and risky behaviour, such as speeding excessively.

According to the Royal College of Psychiatrists, men find it difficult to ask for help when they are depressed as it feels unmanly. They are also more likely to talk about the physical symptoms of depression than the emotional and psychological ones.

Hence it invariably goes undiagnosed and millions of men suffer in silence whilst help is readily available. This is also why men are more likely to “drown out” their depression with drugs, alcohol and other risky behaviour and commit suicide more easily.

On the medical side, it is advisable to consult a doctor or mental health professional, such as a psychiatrist. They will be able to determine the severity and duration of your symptoms, make diagnoses on the possible causes and prescribe medication or other treatment accordingly. “Research shows that getting treatment sooner rather than later can relieve symptoms quicker and reduce the length of time treatment is needed,” the NIMH advises.

But there are also personal and lifestyle factors that play a big role in curing or treating depression. Keeping active and eating properly are two of the simplest, yet most neglected, ways of coping with depression. Alcohol and other stimulants should also be avoided.

Moreover, do something you enjoy. Take a hike, read a new book, watch a movie. But try to open up to somebody when feeling depressed. If not to a psychologist or psychiatrist, try seeking emotional support from a loved one, trusted friend or close relative.

It is strongly advised that you adapt your working habits and life goals in order for your life to be more manageable. Set smaller and more realistic goals, break big tasks up into smaller ones, and delay or cancel big decisions that place undue stress on you.

The Royal College of Psychiatrists. 2010. “Men and depression”. http://www.nhs.uk/ipgmedia/national/Royal%20College%20of%20Psychiatrists/Assets/MenandDepression.pdf.