Your Job
Your Family
Your Career
Your Health
Your Money
You and the Law
Occupational Networks
Solidarity Youth
S-Leer
Home / General / Do you perhaps suffer from bipolar disorder?

Do you perhaps suffer from bipolar disorder? 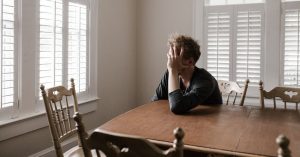 It’s a battle to get out of bed in the morning. Some days you do so nimbly and quickly and your energy comes from an inexhaustible source. The next few days you are like a yo-yo, then up and then down. You constantly feel tired and exhausted. Many people suffer from bipolar disorder for years before they are diagnosed and treated. Someone who suffer from bipolar disorder constantly tries to rebuild his/her life, only to experience it crashing down once again.

Bipolar disorder can pounce at any age. It differs from person to person, which is why individual diagnosis and medication are necessary. Correct medication as well as therapy are absolutely essential to regulate the functioning of the brain cells and make the sufferer’s life bearable – just as a diabetic depends on insulin.

Bipolar disorder refers to “two poles” to be found in the brain. The two poles explain the two conditions, namely the hypomanic phase (high pole) and depression (low pole).

There is a big difference between bipolar disorder and ordinary depression.

A doctor who does not possess the necessary knowledge about this illness could easily confuse the condition with ordinary depression.

Someone with bipolar disorder experiences rapid mood swings, for days on end. During the mixed episode high and low poles occur simultaneously. The sufferer is restless, hyperactive, but at the same time feels hopeless and anxious. When in this condition, you should rather not argue with him or discuss important matters.

For someone to be diagnosed with bipolar disorder, the symptoms should not be the result of alcohol or other substance abuse and should also not be due to another illness.

Everyone experiences mood swings. This is normal and part of being human. A person can for example be ecstatically happy and then there are times in most people’s lives when they feel very gloomy and low. The difference however is that the person suffering from bipolar disorder is at the mercy of chemical fluctuations that are much more intense than those of the average person.

The symptoms may at times become so intense that the person with bipolar disorder could lose contact with reality. The mood swing can occur dramatically and suddenly, but in most cases the transfer is gradual.

Bipolar disorder has an immense effect not only on the sufferer, but also on those they have to work with and those who have to assist and support them. Family members often have to endure a lot due to a child, parent, brother or sister and spouses who have bipolar disorder. It is important to acquire as much information as possible and to be equipped to handle it. Supporters of bipolar patients should not harbour unrealistic expectations. In the manic as well as the depressive phases their behaviour is out of control. They are not accountable or responsible for their actions.

Solidarity understands that labour relations specialists, office practitioners and health practioners experience unique challenges, for example having to work under pressure, handling personnel with among others bipolar disorder, and having to possess a wide array of other information, knowledge and skills. This is why Solidarity Professional Guilds offer you the opportunity to join anyone of their guilds. Visit the link https://guilds.solidarity.co.za/ for more information.

Top three ways to keep your winter weight in check

What effect does too much sugar have on your wellbeing?

The negative effect of secondhand smoke