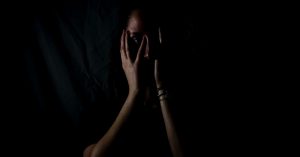 In May 2021 the British government acknowledged in a report in The Telegraph that the government was manipulating people’s concerns and fear to control citizens’ behaviour. In this case it was to make people who were indifferent about the onslaught of Covid aware of the danger the virus held for them. Since then the British government has been fiercely criticised for this method of control and management and was accused of authoritarianism and that fear was used against the public as a weapon. For the past 12 months governments worldwide daily offered their civilians a menu of fear and virus mutation to eventual death in order to persuade them to comply with Covid regulations.

Fear awakens the fight-or-flee instinct and when we cannot flee back to our familiar zone of comfort, we take the road indicated by just about anybody. Manipulation through fear is a common human tactic that is used on the political playing field, in the corporative world, in relationships and in the family.

Scared people are easy to control because they believe life is treating them harshly while they forget that they are in control of their own situation. They are easily manipulated to, for instance, take out unneeded insurance, to make overhasty and ill-considered financial decisions, to have work done on their car or house or to make use of services unnecessarily.

What do people fear most?

How does fear operate?

Fear appears because we think of what could happen and when we are scared everything looks worse and we overreact.

This is how to protect yourself:

Avoid the supply and sources of harmful information that have proved to be  unreliable. Nip scare stories in children and family in the bud.

Address the source of scare stories. Where somebody is unintentionally spreading fear or anxiety, correct the facts and relieve their anxiety.

The media has to offer interesting news to stay in business themselves and the news that attracts people most, is negative news that instills fear and negative news warns us that we should adapt or change. Analyse your fear and determine what it is you fear before you react to it. Is what you fear a real and immediate threat to you or is what you fear based on the narrative of outsiders? When you know that you can determine whether a person or party is trying to manipulate you or not and then you can act rationally.

Know the Constitution and familiarise yourself with protective acts such as the Consumers Protection Act and the Bill of Rights so that you do not take wrong or irrational decisions. In this way you also protect yourself against criminal elements who are trying to intimidate you with threats and by frightening you.

When the news disturbs and frightens your child

You cannot shield your child from political or disastrous events or social dysfunction but you can dispel fear. Be honest about your own concerns but secure your residence as well as is  possible so that your child feels safe. You cannot keep your child away from news in the media but you can restrict exposure to it. Ask your child what he heard and what he thinks of it. This gives children a safe opportunity to ask questions and you get an opportunity to quash rumours and wrong information.

Use the opportunity as a learning opportunity and an awakening to what is going on in the world and the country. Teach your child about his rights a citizen in society.

Create a safe home where your child can feel secure. If there is an element of reality in his fear, acknowledge it but assert that he and his family are safe: “Yes, there are riots along the way, but we’ll take another route where there are policemen” or “Yes, people die of Covid, but we stick to the safety rules”.

Help your child to distinguish between fiction and reality, to question his news source and to verify whatever is offered as the truth. When your child thinks the worst is going to happen, guide him to think realistically and to question his own thoughts and assumptions and have a debate with himself, so to speak.

Avoid labelling when something bad happens as it could only cause further confusion. Explain why people divorce or die, why, for instance, there are riots in certain areas, or that somebody made a wrong choice that lead to a murder. Sometimes it is also enough to admit that you don’t know why something happened.

Allow your child to play that something bad has happened; in this way he’s trying to make sense of the world around him. Adults do the same thing by discussing a matter with other adults.

Give your child facts in context and expose rumours and fake news. When something happens far from you, such as floods and earthquakes or wars, show your child on a map how far away the danger is and that he is safe.

Fear Is Contagious and Used to Control You

Fear is being used to manipulate the public

How to help your child manage a fear

Now Is A Good Time To Talk To Kids About Civics

What To Say To Kids When The News Is Scary.

Women neglect their health during the pandemic

Be a user of humour

Trace the cause of your headache