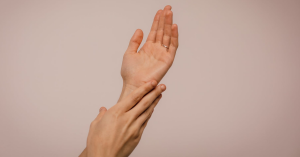 Gout is an inflammatory form of arthritis that is especially common among men.

In the past gout was known as an “old-people’s disease”, but more and more younger people are getting it.

Gout is characterised by sudden sharp attacks of pain and swelling in the joints, mostly in the big toes, knees and ankles. This condition occurs when too much uric acid in the blood forms crystals in the joints.

A gout attack can last up to 10 days, the first 36 hours of which are the most painful. The condition usually affects only one joint at a time but if it is not treated many joints, also those in the hands and elbows, can be attacked simultaneously.

The signs and symptoms of gout almost always appear without warning, and mostly at night. These include intense joint pain, which is usually at its worst during the first four to 12 hours after starting. However, there can still be serious discomfort for long periods after the pain has subsided.

With time gout attacks will usually also last longer and affect more joints. The affected joints will swell and be red and swollen because of the inflammation. If the condition becomes worse, it could even restrict movement.

Gout attacks usually occur in phases. Before the first gout attack the uric-acid levels in the body are high and crystals begin to form. In the other phase the uric-acid levels reach a peak and the crystals begin to move around in the joints. Some people never experience a second attack, but many people will experience a second attack within a year. Another phase is the period between attacks. Although there is no pain the gout has not necessarily gone away and inflammation can damage the joints. Chronic gout is when attacks are more frequent and last longer.

Men are more prone to gout than women. Other risk factors are a family history of the condition, the use of certain medications, regular use of alcohol, protein-rich food such as red meat and certain seafoods, too much sugary beverages, and obesity.

During an attack of gout efforts can be made to get the pain and swelling under control as quickly as possible by consulting a doctor, placing ice on the affected area and drinking a lot of fluids (not alcohol or sugary beverages).

Medicine can also be used for acute gout attacks in order to lower uric-acid levels. A healthy diet where a lot of water is drunk and alcohol and certain foods are avoided could also help to lower uric acid.

Reasons why you still feel fatigued in the morning

Does stress keep you awake at night?