Greetings during and post-Covid-19 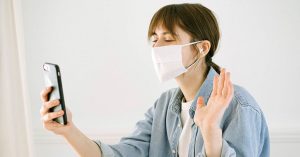 With the New Normal many of our cultural values and habits are being eroded, from the boisterous Christmas parties and year-end functions accompanied by hugs and kisses to the formal business handshake. Of necessity new habits and rules of etiquette now have to replace them.

Certainly, the most difficult and most unusual is social distancing when greetings are exchanged, as it is a normal need to socialise and to seek and share touch. The handshake radiates warmth and friendship and establishes intimacy. The handshake or a hug – or if you are European, the peck on the cheek – are all part of our physical repertoire that conveys an emotional message without having to say much.

A greeting carries a message: I see you as a business partner, as a fellow sportsman, as a friend or as an acquaintance and sends the message of: I want to do business with you, congratulations on your success, I’m sorry, I miss you.

The handshake dates from the ninth century and the aim was to show that you were not carrying a weapon in your hands. It became the general way of greeting someone, but also sent a subtle message: introducing yourself, establishing camaraderie, and to conclude a transaction, convey sympathy or congratulations.

The handshake is also part of the first impression code: the degree of firmness for example conveys an important snippet of information regarding the person’s character.

Social distancing has caused the handshake to become taboo and experiments are being carried out with unwieldy substitutes such as touching elbows, touching fists and even touching ankles.

The dilemma remains: how do you greet someone who is not conversant with the above new rituals or even feels affronted when confronted with them?

For many the moratorium on shaking hands, hugs and kisses is an answer to a prayer: it is the end of the wet moustache kiss, the iron grip greeting or the dirty hand-touching ritual which virologists have long identified as germ factories.

Various post-pandemic ways of greeting are recommended. The Plaza Hotel group’s guidelines are: keep your hands behind your back and say hello, or fold both hands on your chest and say hallo, or say hallo and place your right hand on your heart, bow and nod. Blowing a kiss to friends is sufficient.

A tendency that is taking root is the Thai wai greeting where the hands are folded in front of the chest in a praying gesture, followed by a small bow, and the Namaste, an Indian ritual that is similar but the hands are held in front of the face. World leaders from Trump to Putin use this greeting on public and international platforms to establish the message of social distancing and to indicate cultural inclusivity.

The above-mentioned might appear foreign and even cause uneasiness between people. What has become of the nod with eye contact, or the gentlemanly, civilised tipping of the hat? sturdy men from previous generations ask. This, together with a verbal greeting is sufficient; it is body language everyone understands and ensures everyone’s safety.

To compensate for the physical closeness that has been lost through the absence of the handshake, and together with the face mask that hides facial expression, we now have to display more emotional openness and the new verbal handshake should also say: I appreciate you, I notice you. So, enquire as to the other person’s welfare and his family and try to establish a common interest. This is especially important when holding virtual meetings.

Most important of all, be aware of your tone of voice and be genuinely interested in the person you meet.