WerkNet
Your Family
Your Career
Your Health
Your Money
You and the Law
Occupational Guilds
Solidarity Youth
S-Leer
Home / General / Homeopathy is ‘quackery’, experts warn 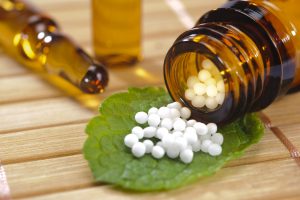 Homeopathy is ‘quackery’ and the widely disputed principles it revolves around are ‘unethical and outrageous’, researchers claim.

British scientists argue it’s ‘scientifically implausible’ that the controversial practice, used by 500 million people across the world, would have any effect.

Experts at Royal Veterinary College London made their conclusion after reviewing more than 50 animal trials over three decades.

The new study follows the NHS’s proposed decision to ban dishing out homeopathic remedies as part of a major cost-cutting drive.

Homeopathy is said to work, including using herbal medicine, to help the body heal itself – but critics have long been sceptical.

Professor Peter Lees, who led the research published in Veterinary Record, said: ‘It is scientifically implausible that homeopathy has any effect.

‘It cannot have any benefit and by giving homeopathy you may be withholding alternative drug-based products which may have some benefit.

‘Ultimately, homeopathy is quackery and using it may prolong suffering and shorten lives.’

Homeopathic and herbal remedies have long been prescribed to tackle afflictions such as stress and insomnia.

However, scientists argue they are so highly diluted that very little of the substance they contain actually remains.

Its central principle is that ‘like cures like’, that is, a substance which causes certain symptoms can help cure those symptoms.

What the NHS thinks

NHS England chief executive Simon Stevens described homeopathy in July as ‘at best a placebo and a misuse of scarce NHS funds’.

In the last five years it has cost the NHS at least £578 000, for treatments using heavily diluted forms of plants, herbs and minerals.

NHS England says there is no ‘robust evidence’ that homeopathy works at all and has launched a consultation to stop GPs prescribing it.

The plans will see NHS patients having to pay for such remedies, alongside items available cheaply in supermarkets and chemists.

What have the reports found?

A House of Commons Science and Technology Committee report on homeopathy seven years ago said that the remedies perform no better than placebos.

And, a 2015 report from the Australian National Health and Medical Research Council looked at the results of roughly 200 studies on the effectiveness of homeopathy.

Through this, they determined that these are no better than a sugar pill, and are not proven effective for any health condition.

However, Prince Charles has asked that the controversial therapies be made widely available on the NHS, and in 2007 lobbied the then Health Secretary to fund them.

How do I encourage someone suffering from depression?

Your mindset can make or break you

You are not alone; there is help for depression and anxiety this festive season