How to break your bad habits 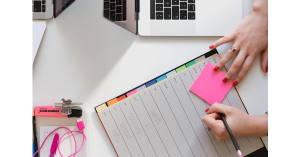 It’s the beginning of a new year and your goals are waiting to be realised.

However, between you and the realisation of your goals lie habits. In short, a habit is what you often do and defines your capabilities and who you are. Sometimes, your habits are good and useful. And at other times, you must break a habit and replace it with a better one.

For you to attain your short- and long-term goals, everything centres on crafting the right habits. “Breaking unwanted habits can be difficult, especially if you’ve been engaging in them for a long time,” says Crystal Raypole, contributor to health website Healthline.

So, whether it is abandoning procrastination, living a more healthy life or watching less TV, breaking old habits is unavoidable. It’s not always easy, but it is possible if you follow a few pointers.

“Habits are also patterns of behaviour and it is the breaking of patterns that is the key to breaking the habits themselves. Usually there is a clear trigger to start the pattern,” says Robert Taibbi, a counsellor and author on psychology.

“Sometimes the triggers are emotional ─ the craving after a drink or cigarette or nail-biting driven by stress. At other times the trigger is more simply situational and environmental: you see the TV and couch as soon as you hit the front door, and now your brain connects the dots, and eating dinner in front of the TV on the couch is not far behind.”

Raypole advises us to note things when it comes to triggers, or cues:

Once you’ve identified these triggers, it is easier to know what to look out for and to deal with the temptation of sustaining the habit. “If you’re a smoker, for example, the cue might be work breaks. If you’re a dessert aficionado, it might be simply scouring the dessert menu,” says Elliot Berkman, director of the University of Oregon’s Social and Affective Neuroscience Lab.

Experts also recommend starting small instead of kicking a habit entirely straight out or dispelling several of them all at once.

Focus on the reasons for breaking this habit and the resultant benefits. “For added motivation, write your reasons down on a piece of paper and keep it on your fridge, bathroom mirror, or another place where you’ll see it regularly. Seeing the list can keep the change you’re trying to make fresh in your mind,” says Raypole.

Rewarding yourself goes a long way to achieving larger goals. Swim in the pool or watch a movie after a long day without a cigarette.

Also, instead of trying to quit something, start doing something else. “We are action-oriented creatures,” says Berkman. It is truly difficult to suppress something you habitually do, but if you transpose it with something else it is easier to cease the original behaviour. This might take time, so don’t be dispirited and just keep at it.

Crystal Raypole, 2019, “How to break a habit (and make it stick)”, https://www.healthline.com/health/how-to-break-a-habit.