How to handle collective anger constructively 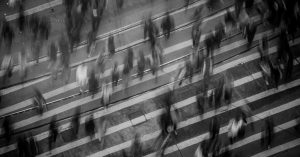 A large group of South Africans (Afrikaners as well as English speakers) agree that the situation in our peaceful, beautiful country is no longer the same as three decades ago. Almost daily iniquities are perpetrated that fan the flames of our indignation.

What causes this anger?

Affirmative action, sport quotas, moral decay, land appropriation, changing of street and town names and black economic empowerment, as well as disregard for our cultural and historic origins cause bitterness. Afrikaans has begun to lose its status as an official educational language and we also experience language discrimination in other spheres of our daily lives. And then there is no or poor service delivery, power outages, pollution of the environment and the collapse of the country’s infrastructure. The standard of education is declining to fit in with the majority groups’ voluntary lowering of standards. Crime is committed in all forms and at all levels – murder, corruption, hijacking, burglary, theft, land grabbing and disappropriation without compensation. There are also farm murders with concomitant torture of farmers who provide food to all population groups, with a government that denies its seriousness. Whites are continually accused of racism. There are frequent strikes accompanied by aggression, violence, malicious injury to property and large-scale disruption and often serious injuries and loss of life.

All this cause anger in individuals who are affected personally or whose loved ones and friends are victims. Because so many of us feel the same about this, it can be seen as collective anger.

Is this anger justified?

Research has identified the following as the biggest causes of anger:

All the above-mentioned emphasise that our anger is well-justified.

What is collective anger and may we get angry?

All of us get angry – it is a normal human emotion. Edward Abbey said a person who never gets angry does not care about anything.

What is important, however, is whether we allow anger to get the better of us, and whether we will get over our anger. It is one of the most dangerous emotions because there is so much energy in it that it could lead to violence in individuals and groups. It can demolish and destroy human relations and peope’s property.

In sharp contrast to the violence and destruction that characterises our society, we distance ourselves from similar behaviour. Becoming unruly, wreaking havoc and hurting and killing people will not solve problems and has no added value for a peaceful society. The positive side of anger is that it can be channelled constructively and lead to active, purposeful positive action. Anger is also described as a “can do” emotion that stirs our fighting spirit and helps us make the world a better place. Collective anger can create a feeling of solidarity and collective resilience. For this reason it is necessary that we channel the negative energy locked up in our anger, with resulting positive results.

How can we andle collective anger constructively?

We do not change the situation at all by just talking about it at braais, reacting negatively to media reports, being apathetic or emigrating. The Nobel Prize winner for peace, Kailash Satyarthi, encourages the channelling of anger towards positive social outcomes with a view to removing injustice from the world (our society) to make our society a better place.

Handling collective anger in one of the above-mentioned ways helps people to generate optimism and allay fears, to negotiate for a fair deal, to improve relations because people talk about their feelings of injustice rather than suppressing their anger or expressing them in a negative way. This will not necessarily solve or immediately resolve all problems in our society, but at least you will be channelling your anger constructively.

Tips on Life and Love. https://www.tipsonlifeandlove.com/self-help/7-ways-use-anger-positive-change

Become accustomed to the new normal for retirees

Office workers, rise up against sitting down!

Take time out from technology

How to handle collective anger constructively

Hay fever that keeps you awake