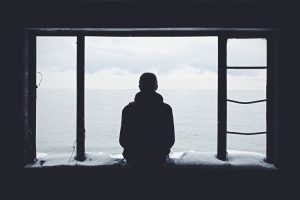 In a world where we are connected to a network of people spread throughout the world via online means, loneliness is still a common phenomenon.

More and more people connect in the ether, yet many of us lack the interpersonal communication so necessary for our wellbeing as humans.

And it could just be one of the most underestimated ailments afflicting the human race. Not only does it contribute to the growing suicide rates in many societies, but it has a degrading and comprehensive effect on our health.

“Feeling lonely is stressful for your mind and body. Our ancestors lived in tribes and relied on others to hunt or gather food, raise their young, and fight off predators,” says Dr Melanie Greenberg, a clinical psychologist and life coach. “Your brain is wired to connect with other people, and it interprets loneliness as a chronic stressor, triggering your ‘fight, flight, or freeze’ response. Over time, chronic exposure to stress hormones like cortisol can damage your health.”

Loneliness is a growing problem. A survey conducted by the American health insurer Cigna reported that nearly half of Americans report feeling alone, isolated or left out at least some of the time. And there is somewhat of a surprise: the 75 million Millennials (ages 23-37) and Generation Z adults (18-22) in the USA are lonelier than any other demographic segment and report being in worse health than older generations.

South Africa is no exception. South Africa ranks 8th in terms of the world’s loneliest countries, with 24% of the population living alone. Factors driving this are slowing growth in the housing market, which contributes to more people being able to afford living alone. Also, fewer individuals are getting married due to the high cost of marriage. This has led to an increasing number of individuals living alone, as well as single-parent households.

So what does loneliness do to you?

A lot, to be exact. “In research, loneliness and lack of social and community ties have been linked to inflammation, gene expression, and even higher mortality rates,” says Greenberg.

She says it has been well established that loneliness is a big risk factor for earlier mortality. “Its effects on health are the same or greater than obesity or smoking.”

Jane Brody writes in the New York Times that the potentially deleterious effect of loneliness on health and longevity, especially among older people, are well established. “For example, in 2013 I reported on research findings that loneliness can impair health by raising levels of stress hormones and inflammation, which in turn can increase the risk of heart disease, arthritis, Type 2 diabetes, dementia and even suicide attempts.”

Douglas Nemecek MD, Cigna’s chief medical officer for behavioural health, said the findings of their study were alarming. “Loneliness has the same impact on mortality as smoking 15 cigarettes a day, making it even more dangerous than obesity,” he said.

Medical advice website WebMD contends that research has shown that lonely and isolated people are more likely to have heart disease and stroke, suffer from immune system problems, and may even find it even more difficult to recover from cancer. “It’s also clear that loneliness is closely linked to depression and may lead to an early death.”

Melanie Greenberg, 19 September 2017, “Feeling Lonely? You May Be Damaging Your Health”, https://www.psychologytoday.com/us/blog/the-mindful-self-express/201709/feeling-lonely-you-may-be-damaging-your-health.