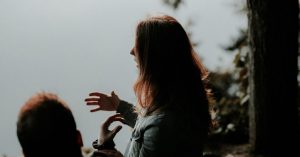 Negotiations, whether with your colleagues, your family, your teenager or even a terrorist can harm relationships if you use the wrong techniques.

Among the plethora of already existing and recommended negotiation techniques, Liverpool University has refined negotiation techniques used in negotiations with terrorists and which can be used just as effectively in other situations, and keep relationships on a positive track as they rely firstly on the negotiator’s humility, and building rapport with the other person.

Negotiation techniques as portrayed in Hollywood TV series are precisely what should not be used: don’t try to outsmart the suspect or guide him or her in a sly manner to reveal snippets of information, use any kind of torture, or let your ego get the upper hand by pretending that you are the boss. The other person still possesses the power to say something or nothing at all.

Try building a rapport with your opponent, especially with your teenager who doesn’t want to reveal anything and feels he/she is being forced into negotiations on the conditions of someone else’s agenda.

Build a rapport on empathy: ask yourself what it must be like to be the person on the other side of the table. Acknowledge and respect the other person’s autonomy. He/she has the right to divulge information or to withhold it. Assure the other person that he/she is in a safe place and that the purpose of the interview is not to judge, but to reach an equitable outcome. Get certainty and clarity about what is said as you hear it, question to ensure what the interviewee’s position really is and give feedback to the person during the discussion to gain clarity about what was actually meant.

Good negotiation skills require thorough knowledge of the matter at hand and the possible conflict which might emanate from it. Listen to the other party; identify his or her point of view as strong or weak; ask yourself what the other person wishes to achieve and place yourself in his or her shoes. Be polite. Suggest a win-win outcome. Establish what the most important topic is and concentrate on that, and identify secondary matters that can be discussed during future negotiations. Be open to re-negotiation if the outcome was not what either of you desired.

An interesting research study conducted by Liverpool University (see Alison) about interviewing terrorists show that a softer approach rather that the aggressive or sly Hollywood style is more effective and that relationships don’t suffer when it is used in a private or work set-up. The golden rule is to know yourself and your own weaknesses in your negotiation style, as any harm you cause during an interview will be difficult to rectify.

The researchers identified four personality types and interview styles of which you need to be aware so that you, firstly, know what type of personality you are and how you usually behave and, secondly, so that you can read your opponent accurately: Tyrannosaurus Rex or T-Rex is inflexible and straightforward, and can become sarcastic, judgemental and unfriendly. The Lion is full of confidence, demanding, bossy and rigid; the Ape is sociable, warm, friendly, over-familiar or fawning, while the Mouse is humble, avoids conflict, appears not interested and is formal.

By knowing yourself and getting to know your opponent, you can be a better negotiator and maintain good relationships.

Improve your Relationships – with Advice from Counter Terrorist Experts.

The benefits of knitting and crocheting for young people