WerkNet
Your Family
Your Career
Your Health
Your Money
You and the Law
Occupational Guilds
Solidarity Youth
S-Leer
Home / 2016-healthy / Should people over 40 work a three-day week?

Should people over 40 work a three-day week? 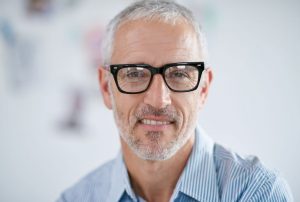 Working full-time after the age of 40 is not good for the brain. Doing more than three days a week once you reach this age can damage your ability to think.

A paper from the Melbourne Institute of Applied Economic and Social Research says that while working up to 30 hours a week is good for the brains of the over-40s, doing any more than that will put it on a downhill slide. If you were to work 60 hours a week, your cognitive ability would be worse than that of someone who didn’t work at all. Still, on the plus side, you would have more money than he does.

The researchers used data from more than 3 000 men and 3 500 women who completed the national household income and labour dynamics (Hilda) survey in Australia. The survey tested the ability to read words aloud, recite lists of numbers and match letters and numbers in a speed trial. Testing reading is a measure of the “knowing” part of ability, says lead author Prof Colin McKenzie, while the other two tests capture fluid intelligence – the “thinking” part of ability that includes memory, abstract reasoning and executive reasoning.

This lowering of scores in those aged over 40 who work full-time does not fit in with the idea that working for longer helps people stay mentally sharp, or with the notion of “use it or lose it”. So, should those who can afford to work less from the age of 40 reduce their hours?

Most of us have to keep working full-time, but does it matter what sort of job you do? Is your ability to think preserved, as some research suggests, if you have an intellectually demanding job? The Hilda survey doesn’t ask questions about the quality of work, and McKenzie says it’s hard to tell: “It’s very difficult to identify the causal effects of the type of work on cognitive functions. People may be selected into certain occupations according to their cognitive abilities.”

It’s also not clear why working more than 30 hours is not good for your brain, while working fewer hours is beneficial. McKenzie says that work can be a double-edged sword. “While work can stimulate brain activity, long working hours can cause fatigue and stress, which potentially damage cognitive functions. Full-time work (40 hours a week) is still better than no work in terms of maintaining cognitive functioning, but it is not maximising the positive effects of work,” he says.

Results may also vary between countries, depending on how much holiday people can take each year. It’s hard to control for all the factors that could bias a study such as this (including choices around the hours worked and the type of work), but it makes the idea of working full-time until the age of 67 – which the government aims to bring in between 2026 and 2028 – even less appealing.