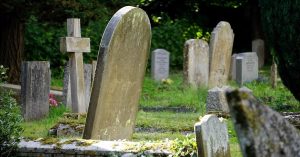 South Africa is the fourth most expensive place in the world to die with funerals costing 13% of the average annual salary.

According to research released by the insurance group Sunlife Limited the average cost of a funeral in South Africa is R27 000.

“There is a variety of factors that have an influence on funerals worldwide, such as cultural expectations, the total cost of living and different countries’ contribution to funeral costs,” said Justin Cole of Sunlife Limited.

“Unfortunately for us, or rather our family and friends, there are certain unavoidable costs when a person dies: the cost of burying or cremating somebody, and of course the funeral itself. It doesn’t matter where in the world a person lives, it is something none of us can avoid: the cost of dying.”

Craig Baker, CEO of MiWayLife, says although South Africans are generally underinsured, this is not the case with funeral plans and cover. “Every culture and life style has forms of mourning that has a specific meaning for them. The rituals and accompanying extensive preparations are forms of consolation and closure, but it is often very expensive.”

The Covid-19 pandemic has, however, drastically changed the way people do things, even how they bury people.

“During this period we have seen a shift regarding big and extensive funerals. These funerals are usually very expensive and are often paid for by the bereft family. It is often a breadwinner’s funeral and the family, who now already has a smaller income, must now also bear the burden of big funeral expenses.”

According to Baker the Covid-9 pandemic has made people think again about the traditions regarding funerals and the costs involved.

“However, a funeral policy will help cover funeral expenses and give your loved ones space for mourning without worrying about the financial aspect of a funeral. But just taking out any policy without being aware of what it really offers, such as the cover amount and how long it takes to pay out, could cost one a lot of money.”

OUTsurance’s research into funeral policies revealed that South Africans take out an average of three to four funeral policies in their lifetimes. Policies are easily cancelled due to people’s financial position and it brings along new costs when a new policy is taken out at a later stage.