What to do if you have been raped 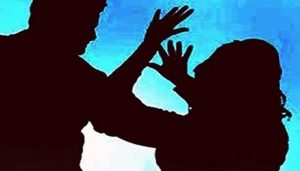 Although the accuracy of statistics pertaining to rape in South Africa is contested by some organisations, sexual assault is clearly a prevalent problem in the country.   Statistics provided by the South African Police Service reveals that 42 596 rapes were reported in 2015/16.

The most powerful factor in determining how people respond to rape is the nature of the traumatic event itself, says the Rape Crisis Cape Town Trust, the oldest organisation of its kind in South Africa.

“Not only is there the element of surprise, the threat of death and the threat of injury, there is also the violation of the person. This violation is physical, emotional and moral and associated with the closest human intimacy of sexual contact. The intention of the rapist is often to profane this most private aspect of the person and render the victim utterly helpless.”

The trauma of rape is often compounded by the myths, prejudice and stigma associated with rape. Survivors who have internalised these myths have to fight feelings of guilt and shame. The burden can be overwhelming, especially if the people they come into contact with reinforce those myths and prejudices. Rape is never the survivor’s.

If you have been raped or sexually assaulted, you may sustain both physical and emotional injuries.  The Rape Crisis Cape Town Trust and Health24 offer the following guidelines on what to do after you’ve been raped:

Being able to talk to someone who understands is an important step towards recovery. The Rape Crisis Cape Town Trust has a 24-hour crisis line (021 447 9762) where victims can speak to experienced counsellors in English, Afrikaans or Xhosa.