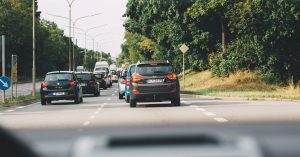 We like to think that it will never happen to us, but unfortunately car accidents are a reality. Your world can be turned topsyturvy in the wink of an eye by screeching tyres, blaring hooters and the sudden jerking of your safety belt.

In such a situation it is ridiculously  easy to lose your calm. However, it is extremely important to stay calm and to know what your immediate steps should be.

According to Arrive Alive’s website you should do the following:

the positions of the vehicles and the damage to them from every angle, from far enough to indicate how and where each vehicle came to a stop, and from near enough to highlight the damage

the scene in general (with all vehicles) from every available angle

the licence discs and/or number plates, name plates, trade mark and the manufacturer and model of every vehicle

the vehicles of law enforcement units, ambulances and/or fire services, towing and repair units and all other vehicles present

evidence such as brake marks on the road or liquids that may have spilled all road closures, road works, road markers and others – from different angles

all road closures, roadworks, road markers and others – from different angles

driver’s licences, ID documents, passports or other identity or business cards of all drivers, passengers and witnesses, as far as possible

What you must not do or say:

A few other things to keep in mind:

When two vehicles are involved in an accident and nobody is injured, the drivers may decide that each pays for his own repairs. The police need not be called out to the scene of such an accident, but it still has to be reported at a police station by both drivers within two hours.