WerkNet
Your Family
Your Career
Your Health
Your Money
You and the Law
Occupational Guilds
Solidarity Youth
S-Leer
Home / General / When and how is it going to end?

When and how is it going to end? 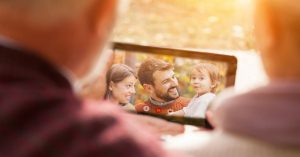 By now most people are sick and tired of the lockdown and the question on everybody’s lips is how long before it ends? The good news is that it will come to an end but history and recent scientific forecasts show that it will not be soon. The question should rather be: how will it stop and who will decide that it is over?

The answer to the last question is that as soon as there have not been any new cases or outbreaks for seven consecutive days the World Health Organisation will declare that the epidemic has been stopped or is under control.

Usually it is medical councils that can declare on the basis of medical data that an epidemic or a pandemic is over when new cases and deaths become fewer; on the other hand, there is a social end when the disease is no longer feared within the broader community and an epidemic ends in the absence of medical reasons. There is also a socio-political process that contributes to the nullification when a country is forced to get industries and the economy going in order to stop poverty. And the epidemic can also be smothered by a joint decision of the community to apply all precautionary measures strictly for the benefit of the community at large. The virus can also destroy itself if the pathogen stops mutating and a vaccine or immunity has been developed.

On the other hand, fear and ignorance of the epidemic can cause more damage to vulnerable people where there is no disease.

Plagues and pestilences have ravaged our planer several times – over the past 2 000 years bubonic plague struck several times. The bacterium with the pretty name Yersinia pestis lives on flees found on black rats and carry the plague, which is then transmitted from person to person; for this reason it would not have helped much to exterminate the rat population. Bubonic plague struck in the 6th, 14th and late 19th centuries. In 1331, with the onslaught on China, half the population was wiped out; from 1347–1351 half the population of Europe was wiped out, with Siena in Italy the hardest hit. And as if this was not enough, the plague again broke out in China and killed 12 million people in India, which compelled Mumbai to burn down residential areas. It is alleged that the bacterium mutated and jumped from the black rat to the brown rat, which gave it such a long lifespan. It is not clear how the plague  was eradicated; the cold weather could have killed the flees and rats, the bacteria could have further evolved and could not find a suitable host, or the torching of the residential areas  could have been its undoing.

Smallpox, a virus with another pretty name, Variola major, is the only pandemic that has really been eradicated with pharmaceutical help because it does not need an animal host and because it is easily identifiable and traceable and can be isolated quickly. The last case occurred in Somalia in 1977 and the person eventually died of malaria.

As recently as 1918 the world was struck by the great flu pandemic, which also coincided with World War One when between 50 and 100 million people died. This flu mutated to a less lethal flu that has since made an appearance every winter. This epidemic was ended socially when the world war ended and people had to round up the remnants of their lives and build a new future.

With the intense awareness campaign by the media Covid-19 will probably be stopped through a combination of social control methods, medication and a vaccine, but until then wear your mask, sanitise and keep your social distance.

How the Covid-19 Pandemic could end

When Will the Pandemic End? And How?