WerkNet
Your Family
Your Career
Your Health
Your Money
You and the Law
Occupational Guilds
Solidarity Youth
S-Leer
Home / General / Where does it come from? Mealies

Where does it come from? Mealies 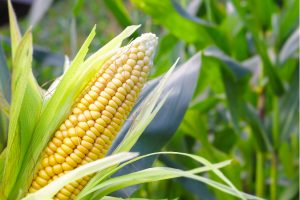 Who doesn’t enjoy a boiled or roasted mealie on the cob, dripping with butter? But have you ever wondered where mealies come from, apart from the supermarket or, if you are lucky, directly from the farm?

Mealies were being cultivated as far back as 7,000 years ago and is indigenous to South America. The Mexicans made a flat bread with minced mealies and roasted it over the coals, hence tortillas.

When the Spaniards set foot in Mexico, among other with the aim of converting the inhabitants to Christianity, they were amazed to see that the cross formed part of the Mexicans’ worshipping rituals. The cross however had no Christian connonation, but was linked to the mealie, which was their staple food. This cross was the symbol of the mealie that grows strongly like a man, with his head held high and his arms reaching to the sky. After Christianisation the connotation with the mealie continued in the holy communion wafer that is made from mealiemeal and that symbolises the change into the body of Christ.

The Portuguese seafarers took mealies along on their journeys to India, from where they spread to Pakistan, entered the Silk Route and by the 16th century mealies were established in Indonesia, Siam (now Thailand) and the Phillipines. Mealies also arrived in East Africa with the Portuguese slave traders and from there the Arabian traders took them to North Africa and the Mediterranean countries. By the 18th century mealies had spread to central Africa, where it became a sought after grain due to its relative ability to withstand droughts and locusts.

In South Africa, where maily white mealies are cultivated, we are fairly unaware that in Mexico yellow, red, blue and black mealies are also grown – all edible; the Mexicans have no qualms about blue-coloured food! For the Mexicans the mealie is such a boon that they dedicate the colours to the four wind corners of the earth: white symbolises the East, blue the North, red the South, yellow the West and black refers to “Above”.

To make the mealie edible, the Mexicans first soak it, then break it to loosen the outer skin, which is then removed during the washing process. The mealie is then minced for making tortillas. Breaking the seed releases niacine, which facilitates digestion. Together with the mealies they eat beans, chillies and pumpkin, providing them with all the necessary vitamins.

The whole mealie plant is used. The soft leaves around the head as well as the flower are boiled as vegetables, the soft beard around the head is used to make the tortilla dough, the hard leaves are used as cigarette paper, the husks to make fire and corks, and the stems for firewood, fences and shelters. In North America mealies were initially cultivated mainly for fodder, but when the Irish and Scottish immigrants arrived, they elevated the mealie to a higher status by using it to distil whiskey. The whiskey was matured to a Bourbon, which is still popular today. By the 19th century some of the mealie varieties became popular by processing it to make corn flakes, tortilla chips, cornflour, and the ever popular popcorn.

Eyecare: Everything about glaucoma

Woozy all the time? Here’s why