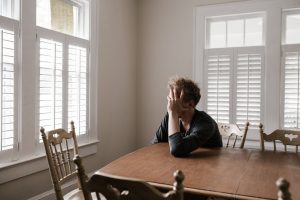 It’s human and normal to experience memory lapses from time to time – even among younger people.

Forgetfulness is invariably part of the normal ageing process, and older people are inclined to forget more frequently. Although this lack of ability to recall things could be the result of Alzheimer’s or Parkinson’s disease in older people – although these would usually develop over a longer period – there could be preventable causes for a sudden bout of forgetfulness.

“Memory slips are aggravating, frustrating, and sometimes worrisome. When they happen more than they should, they can trigger fears of looming dementia or Alzheimer’s disease. But there are some treatable causes of forgetfulness,” says Daniel Pendick, former executive editor of Harvard Men’s Health Watch and health expert.

Hence, if you are younger (or even older) and healthy and are suddenly forgetting things, it is time to pay heed to these common causes of such forgetfulness:

This is one of the most underestimated yet most unaddressed causes of memory loss and scores of other related problems.

“Not getting enough sleep is perhaps the greatest unappreciated cause of forgetfulness. Too little restful sleep can also lead to mood changes and anxiety, which in turn contribute to problems with memory,” says Pendick.

“Many people wrongly think the overriding symptom is sadness,” observes Dr James Warner, who is national professional adviser for old-age psychiatry at the Care Quality Commission, an independent health regulator. “But memory problems, trouble concentrating, struggling to get things done and loss of interest in activities can be just as prominent.”

People suffering from depression can also experience what is often called “delayed verbal recall”, a problem remembering words, and may speak more slowly. “With dementia, though, this goes further. Sufferers frequently forget words for common objects. For example, they may describe a cup as ‘that thing you put tea into’,” says Warner.

According to Pendick, anything that makes it more difficult to concentrate and lock in new information and skills can lead to memory problems. “Stress and anxiety fill the bill. Both can interfere with attention and block the formation of new memories or the retrieval of old ones.”

Excessive alcohol intake often lead to many health problems and a weak memory is one the main ones. “Drinking too much alcohol can interfere with short-term memory, even after the effects of alcohol have worn off. Although ‘too much’ varies from person to person, it’s best to stick with the recommendation of no more than two drinks per day for men and no more than one a day for women,” says Pendick.

Mental health expert Patsy Westcott says if left untreated, a vitamin B12 deficiency can lead to brain shrinkage and symptoms such as confusion, apathy, depression, poor memory and judgment.

“A faltering thyroid can affect memory (as well as disturb sleep and cause depression, both of which can be causes of forgetfulness). A simple blood test can tell if your thyroid is doing its job properly,” says Pendick.

Jennifer Robinson, 16 December 2018, “Is it Alzheimer’s or normal ageing?” https://www.webmd.com/alzheimers/guide/alzheimers-or-forgetful#1.

How to identify and banish microstresses